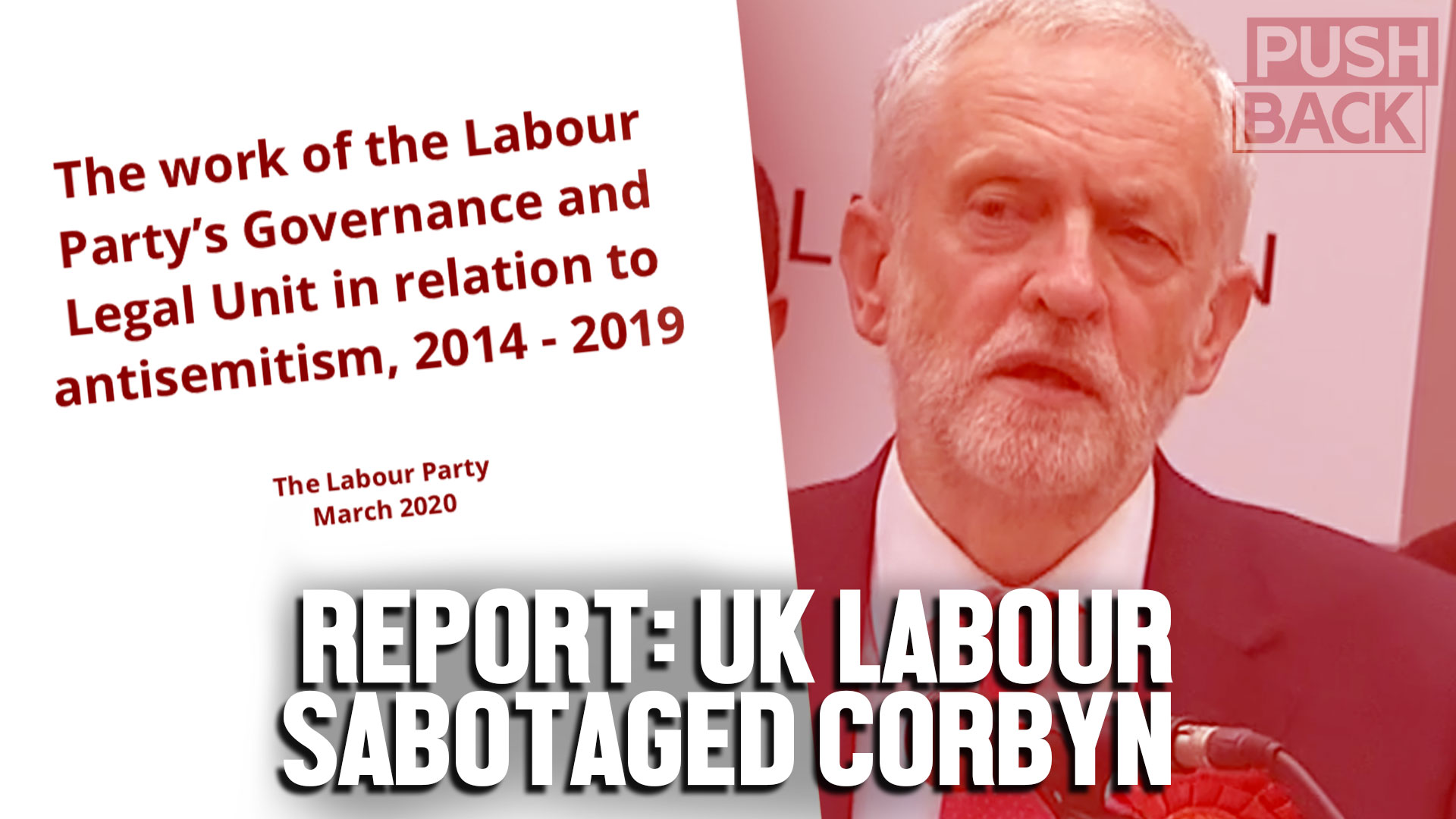 Labour report reveals how Jeremy Corbyn was sabotaged from within

An internal investigation has found that top Labour Party officials sabotaged Jeremy Corbyn’s leadership, including by trying to lose the 2017 UK election. The report also suggests that the same people who tried to undermine Corbyn were themselves the ones who were slow to respond to allegations of anti-Semitism — another weapon that was used against Corbyn’s leadership.

Asa Winstanley at the Electronic Intifada